Using Medicare Claims to Advance Our Understanding of Guillain-Barre Syndrome

The National Institute of Neurological Disorders and Stroke (NINDS) approved $427,625 in funding for co-investigators Brad Wright, PhD, Rebecca Traub, MD and Chip Howard, MD for their project which will run from 09/27/21 to 02/28/23. 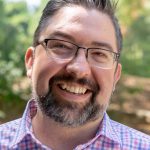 Guillain-Barré Syndrome (GBS) is a rare autoimmune disorder (annual incidence 0.4 – 3.3 cases per 100,000) in which an infection or other stimulus causes the body’s immune system to mistakenly attack the peripheral nerves, resulting in muscle weakness, paresthesias, respiratory failure, and paralysis. With existing treatments, including intravenous immunoglobulin and plasmapheresis, most individuals experience a significant degree of recovery over weeks, months, or years. However, up to 14% of GBS patients remain permanently disabled and the 1-year mortality rate is estimated to range from 3 – 20%.

The rarity of GBS makes it hard to study. Most of the literature is based on case reports and small samples, which limit generalizability and yield imprecise estimates. Consequently, much remains unknown about GBS risk factors and disparities in GBS testing, treatment, and outcomes across patient subgroups. In this context, clinicians confronted with an evolving case of GBS must make decisions and develop prognoses in the absence of robust population-based data. Thus, there is considerable value in leveraging large-scale administrative data to further our understanding of GBS.

The proposed study is innovative because it will be the first to validate an algorithm to identify true GBS cases in adults using claims data, will generate the largest and most contemporary GBS cohort in the U.S., and will be the first to use Medicare claims to characterize clinical and demographic risk factors for GBS onset and identify disparities in GBS care delivery and outcomes.

This is significant because it will further our understanding of which individuals are at greatest risk of developing GBS, which GBS patients are most likely to face barriers in access to GBS diagnosis and treatment, and which GBS patients are most likely to experience worse GBS outcomes. We also expect to identify clinical conditions previously unknown to be associated with GBS onset. Ultimately, our results will provide an important tool for future population health research focused on GBS, and also have the potential to inform future research into biological mechanisms of GBS onset, guide improvements in clinical care delivery (especially for high-risk populations), and facilitate efforts to find new and better treatments for this rare, but extremely serious condition.