Catching Up With Arnold Kaluzny, PhD 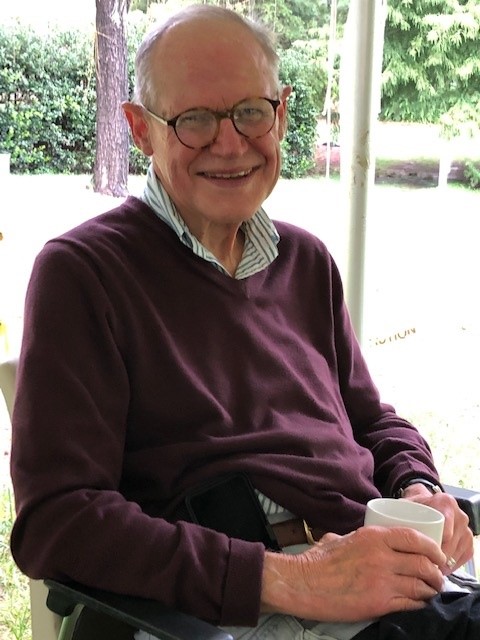 Arnold (Arnie) Kaluzny is professor emeritus of health policy and management at the UNC Gillings School of Global Public Health and senior research fellow at UNC’s Sheps Center for Health Services Research. His affiliation with the Center spans 54 years, beginning in 1967. That year, he served as co-principal investigator for one of the three research grants included as Appendix I in the UNC core proposal submitted to the U.S. National Center for Health Services to establish the UNC Health Services Research Center.

The core proposal was approved and funded in 1968, along with Appendix I, ‘The Determinants of Health Systems.’ The project was designed to assess organizational factors associated with the implementation of home care, smoking cessation and various health screening programs, programs which, at the time, were considered innovations in community hospitals and health departments. The research and subsequent publications launched a career of studying health care organizations to develop an evidence base for managerial decision making to improve quality of and access to care, and thus, to improve the overall health of the population.

The research was well received by the larger health services research community, providing the opportunity to be involved in various UNC centers, including the Carolina Population Center, the Lineberger Comprehensive Cancer Center, and an array of extramural teaching and consulting activities, including with NCI, WHO, USAID and Project HOPE.

What is your favorite Sheps memory?

In spring 1988, late on a Friday afternoon, Tom Ricketts walked into my Sheps office, holding the current Commerce Business Daily, which posts recently approved federal contracts (RFAs). He sat down and pushed the paper toward me. “Arnie,” he said, “This has your name on it.”

The RFA requested proposals to evaluate NCI’s newly funded Community Clinical Oncology Program (CCOP II). CCOP II aimed to implement cancer prevention and control trials involving community-based oncologists, with explicit reference to the organizational factors associated with patient accrual to NCI-approved clinical trials.  While I was pleased that the NCI had recognized the importance of the organizational context, I was skeptical that we could mount a competitive proposal, given the RFA’s requirements and timeline. Moreover, the proposal needed to be submitted within three weeks of the posted date.

As it happened, the UNC/Sheps proposal was completed in record time, along with approved subcontracts, with the University of Illinois at Chicago providing survey research capability and Quintiles providing statistical support. NCI requested an in-person site review at their offices in Bethesda. Our so-called “best and final” was submitted and approved, and the rest, as they say, “is history.”

I selected this particular memory because it demonstrates the character of the Sheps Center as a university-based research center. Its singular focus on providing support to faculty from various departments and schools within UNC, its ability to work with other entities within the university community, and its capability to provide rapid access to references, computer and IT expertise, and grants management support throughout the life of the project. All this is done within a culture of colleagueship and collaboration, of which I have been the beneficiary for all these many years.

What is your current hobby/interest at the moment?

In 2010, Dr. John Niederhuber was appointed director of the NCI and launched an innovative public-private initiative, the National Community Cancer Centers Program (NCCCP), to improve and redesign cancer care provided by community hospitals. The project was located administratively within the office of the NCI director, and based on the CCOP evaluation, I was appointed a senior adviser to the evaluation conducted by RTI. The NCCCP was a four-year demonstration project, with an extensive evaluation that assessed various performance indicators, including patient accrual to NCI-approved clinical trials, ability to meet the co-investment criterion of 1:1 dollar match with NCI dollars, cost of conducting clinical trials in a community setting, and whether participating in the program changed clinical practice patterns aligned with NCI guidelines.

In 2015, NCCCP was merged with the CCOP to form the NCI Community Oncology Research Program (NCORP). The merger maintained its major focus on clinical trials, but for the first time, included health services research projects as they related to cancer care, now defined as cancer care delivery research (CCDR). Participating hospitals and health systems were required to submit CCDR proposals that improved cancer care within a community setting. The inclusion of CCDR as a mandated component of a major NCI clinical trials program was a milestone. For me, who had been a long-time advocate for such research within the NCI research agenda, the mandate provided a personal sense of accomplishment.

In downsizing my Sheps office in preparation for the long-awaited and needed renovation of the building, I discovered the oral history transcripts commissioned in 2008/2009 by Dr. Peter Greenwald. In the transcripts, various NCI colleagues, including myself, described the evolution of cancer control and prevention following the implementation of the 1971 National Cancer Act. Often called “The War on Cancer,” the Act was landmark legislation.  It mandated cancer control and prevention strategies to implement many of the research programs and databases at risk of being taken for granted or lost in the flow of history. The transcripts provided a walk down ‘memory lane,’ but a context was required if history were to understand and appreciate the contribution of those involved and the nature of what had transpired over the past 50 years. In short, the ‘dots needed to be connected.’ Joined by my colleague, Donna O’Brien, who played an important role in the NCCCP, we prepared a manuscript, “How Vision and Leadership Shaped the U.S. National Cancer Institutes 50-year Journey to Advance the Evidence Base of Cancer Control and Cancer Care Delivery Research.” The publication of the paper in the Elsevier Journal of Health Policy OPEN in December 2020 aligned with the 50th anniversary of the passage of the 1971 National Cancer Act.

What is the best thing about retirement?

Retirement, in my case, has only been a reality over the past year. The recent publication mentioned above and the conclusion of formal affiliation with the NCI provided time and opportunity to reflect on life as I lived it. The period of reflection was aided by the pandemic, the COVID lockdown over the past few months, the growing reality of my own mortality, and the fact that my two grandsons – one, a freshman in college, and the other soon to follow – are beginning their own adult lives. Since so many of these reflections involved UNC, and in many respects, the Sheps Center, I completed a manuscript – a memoir, if you will – titled Reflections on a Life Well-Lived. The manuscript has been digitally archived at UNC Wilson Library.  I’m not sure I would recommend this emotionally laden process for others as they move into retirement, but in retrospect, I am pleased I made the effort. With that, I move on, hopefully with grace and good will, to meet the new challenges ahead.